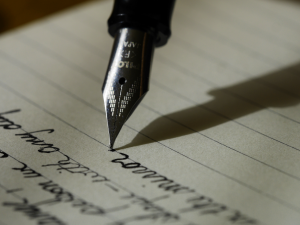 Welcome to my blog.  The main purpose of this site is to bring together my existing work, but I also hope to add new writing from time to time.  I have never blogged before and am looking forward to the freedom of writing as I wish, with full editorial control.  (The downside is that any mistakes are on me!)

On the occasions when I wrote in the national media, I was able to reach an audience I could never hope to through a blog such as this.  At the same time I was very aware of having to fit my writing into a mould that had been created by other people.  One could push at the edges but never completely break that mould.  Factors such as editorial policy, legal constraints and word count all heavily influenced what could – and, perhaps more significantly, what couldn’t – be said.  Here I am free of many of those limitations, but face a different challenge.  How to reach people who are not already well aware of everything I have to say?  In general, ME advocacy is beset by this problem: we put huge effort into raising our voices, but very often the only ones listening are others in the same situation.

Here I face a different challenge.  How to reach people who are not already well aware of everything I have to say?

Nonetheless, at this point in time I feel more enthusiastic about publishing here than I do about writing again in the media.  Although on the whole it was a worthwhile experience, and I am proud of the articles I wrote, attempting to convey the reality of ME in such a way can only ever be partially successful.

The media is a powerful tool for raising awareness, but can also reinforce the very prejudices that have contributed to our suffering.  Indeed one can argue that it was instrumental in creating those prejudices in the first place.  The derogatory name routinely used in the press in the 80s and 90s (it needs no further airing here) is but one example of how ME sufferers have been misrepresented at best, and mocked and belittled at worst.  This serious, potentially fatal illness has been routinely portrayed as tiredness, or an excuse to escape life.  Such a backdrop has allowed the appalling medical neglect of the illness to go almost entirely unchallenged.

In recent years there has been an overall improvement in the tone of media coverage, with a noticeable increase in stories about the severely affected and a greater acknowledgement that ME is a serious condition.  But output remains very mixed.  The association with fatigue is still strong, when in reality this is a symptom unrecognisable to those in the agonising depths of severe ME.  It is rare for the profound and often terrifying symptoms to receive any mention at all.  The impression is repeatedly given that little is known about the illness from a biomedical perspective, when research has been consistently demonstrating abnormalities for decades.  Articles on ME are usually accompanied by stock images of someone yawning, or of glamorous office workers draped wearily over desks.  It is impossible to imagine a report on any other serious illness being illustrated in the same way.

The media is a powerful tool for raising awareness, but can also reinforce the very prejudices that have contributed to our suffering

Worst of all has been the glaring lack of investigation in the media into catastrophes such as the PACE trial, or the number of families wrongly subjected to child protection proceedings.  Carol Monaghan MP this year told Parliament that PACE is “one of the biggest medical scandals of the 21st century”.  Yet serious investigation of its flaws has been almost exclusively confined to dedicated patient researchers, and to the work of independent journalist David Tuller, who has had to crowdfund to support his research.  The UK media has served as an unquestioning mouthpiece for the trial’s authors, with no attempt made to look beyond their impossible claims.  Meanwhile the silence around child protection proceedings means that almost no one outside of the ME world knows of families having to fight to prevent their seriously ill children being removed from their care.

It is ironic, then, that we should turn to the media – our nemesis in so many ways – as a tool for educating the general public about ME.  All the above notwithstanding, I do still feel that there can be value in doing so.  (Though care must always be taken to ensure – as far as possible – that the end result is not more damaging than silence.)  Some in the ME world feel that there is no longer anything to be gained in the telling of personal stories.  These can indeed be overdone, but I believe there is still great power in a well-told account that engages public interest.  However, such stories alone will not change the bleak reality of living with ME.  We need proper journalistic investigation into the way our major institutions have failed those with ME – and indeed the active harm done in hundreds of thousands of cases.  It seems unlikely that this will happen in the foreseeable future.  Unless and until that breakthrough occurs, anything that ME sufferers can themselves achieve through the media will inevitably be limited.

So today I take this new direction with my writing and add my voice to all those speaking out online.  I hope that many will relate to what I have to say, particularly now that I can express myself with greater freedom than previously.  I also hope that my words will reach beyond ME circles and into the wider world.  Our lives have been hidden for too long.

10 thoughts on “Words from a Hidden World”